By JON WEISBROD I OwatonnaFootball.com

The Owatonna football team put a bow on the season at its annual banquet hosted by the Eagles Club on Sunday, Dec. 12, acknowledging a number of players for their efforts during the 2021 campaign and recognizing those who have contributed to the program as a whole.

Unsurprisingly, linebacker Grant Achterkirch took home the team’s Most Valuable Player and Defensive Player of the Year awards. Despite missing the first two weeks of the season, the senior racked up a team-high 75 tackles (51 solo), two fumble recoveries and one forced-fumble. Offensively, he took over as the Huskies’ regular fullback in Week 4 and finished with 141 rushing yards on 25 carries, scoring his only touchdown on a key 43-yard scamper in a memorable 17-14 victory over Kasson-Mantorville in Week 8.

Sporting a large, club-shaped cast to protect a pair of broken bones suffered during a late-August practice, Achterkirch did not drop a pass or put the ball on the ground while finishing with four receptions for 46 yards. Tailback Dylan Maas averaged 5.4 yards-per-carry and rang up 916 of his 991 total rushing yards in the seven games where Achterkirch served as his lead-blocker, beginning with a 132-yard performance in Week 4 against Austin and ending with a 290-yard outburst in the section championship against Rochester Mayo.

Eli Spurgeon was named the Lineman of the Year and capped an outstanding two-plus years with the varsity squad by starting every game on both sides of the ball in 2021 and earning all-district recognition in the Big Southeast. The 5-foot-11, 250-pound senior did not miss a game since jumping into the starting lineup early in his junior year.

Nick Williams was presented with the Offensive Player of the Year award following a breakout campaign where the 6-foot, 185-pound senior transitioned from fullback to receiver and proceeded to lead the team in just about every meaningful receiving category, including receptions (35), yards (599), touchdowns (6), yards-per-reception (17.1) and yards-per-game (66). He was named to the all-district squad in his first year at the position.

In every respect, junior Drew Henson fashioned one of the best kicking seasons in Owatonna football history and was named the Huskies’ Special Teams Player of the Year after drilling 9 of 10 field goals and missing just two of his 31 extra points. He also crushed 28 touchbacks.

Honoring an individual who consistently demonstrated championship character both on and off the field, the annual Champion of the Year award was given to senior two-way lineman, Reid Stauffer.

“Reid played every offensive line position other than center (and) provided a reliable back up to our entire starting offensive line and always knew what he was doing when called upon,” Owatonna head coach Jeff Williams said. “(He) worked hard as a scout team player to give our guys a great look.”

The final individual acknowledgment passed out on Sunday was the Friend of Football recognition, this year going to long-time Chief Statistician, Keith Bangs. After retiring in 2016 as one of the winningest high school golf coaches in southern Minnesota history, Bangs has maintained his role with the football program and has logged official stats for the Huskies since the late 1980s. 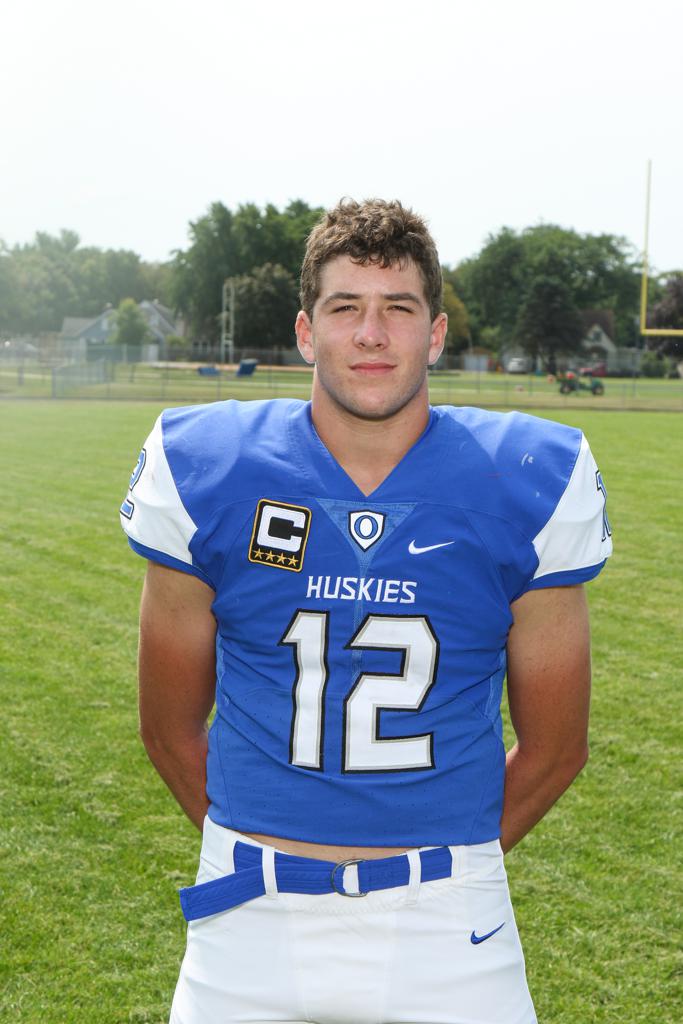 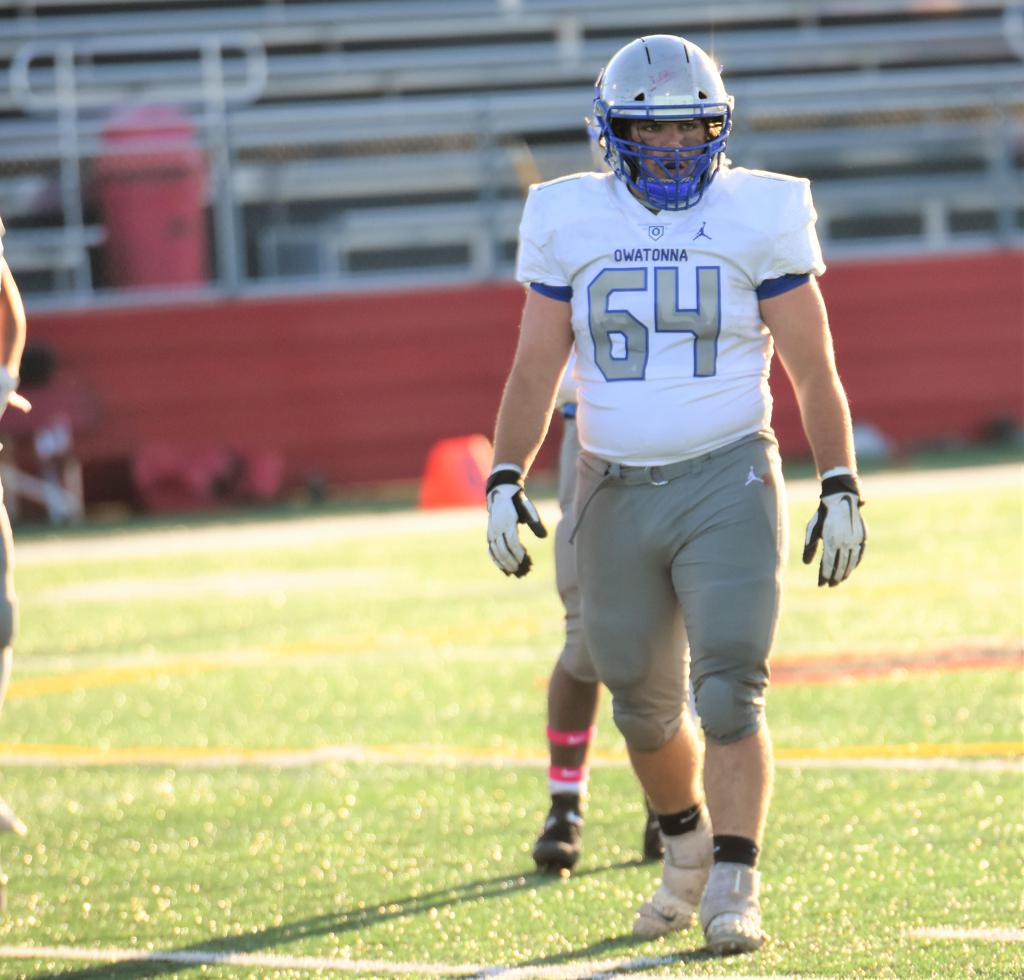 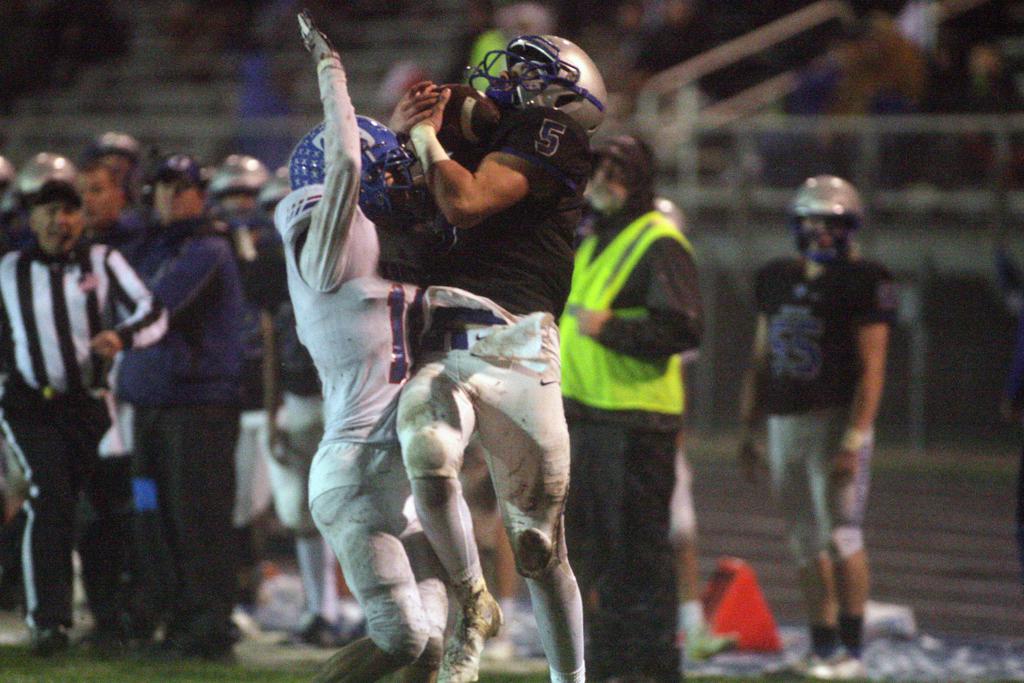 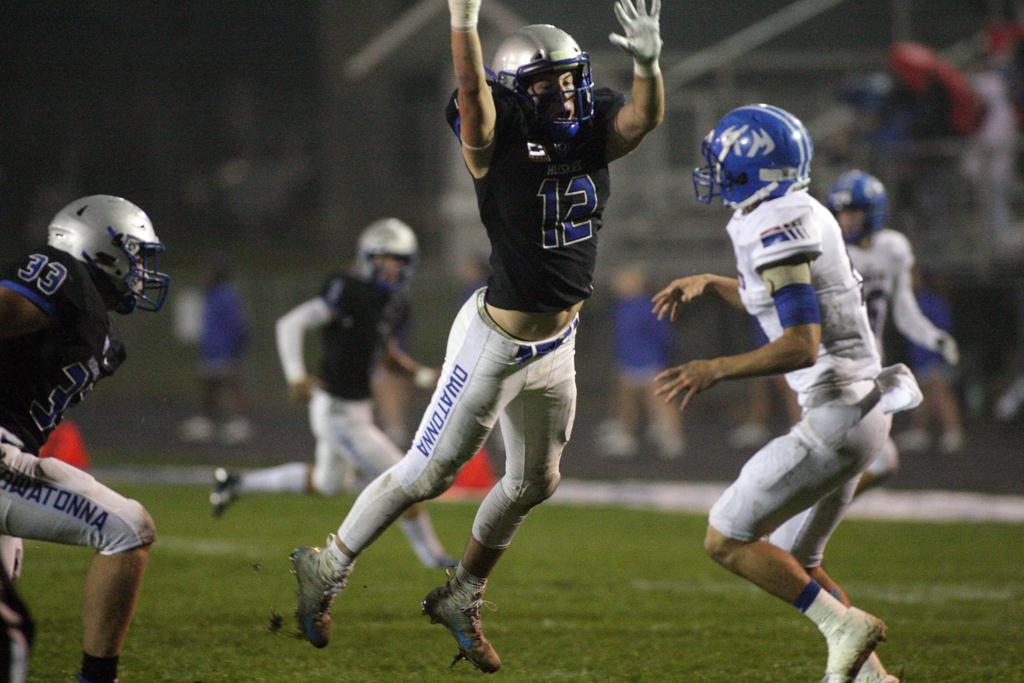 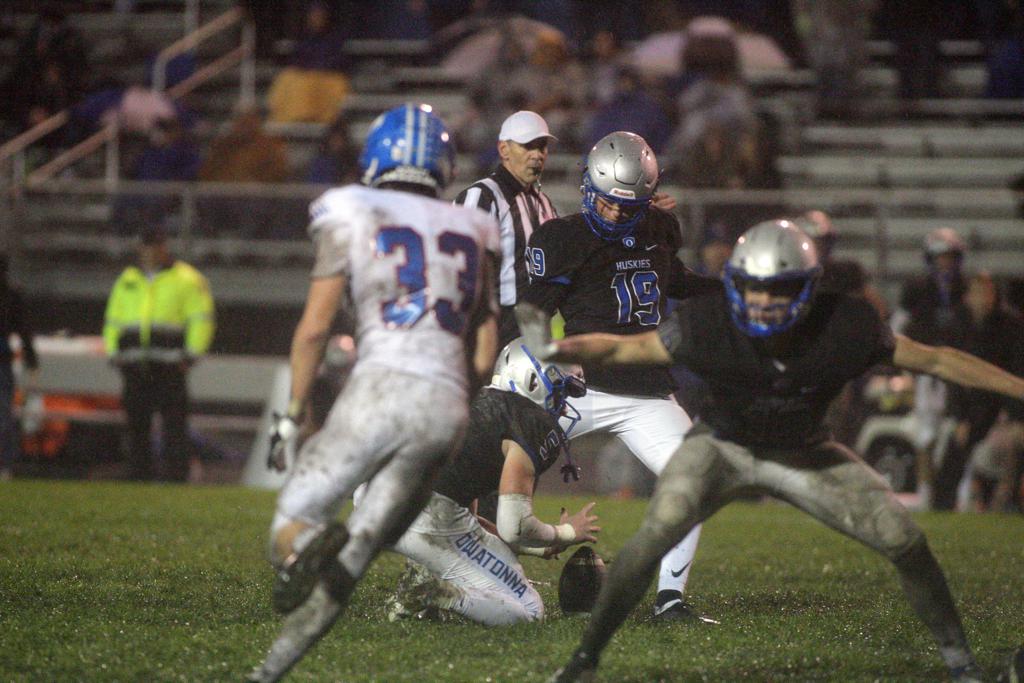 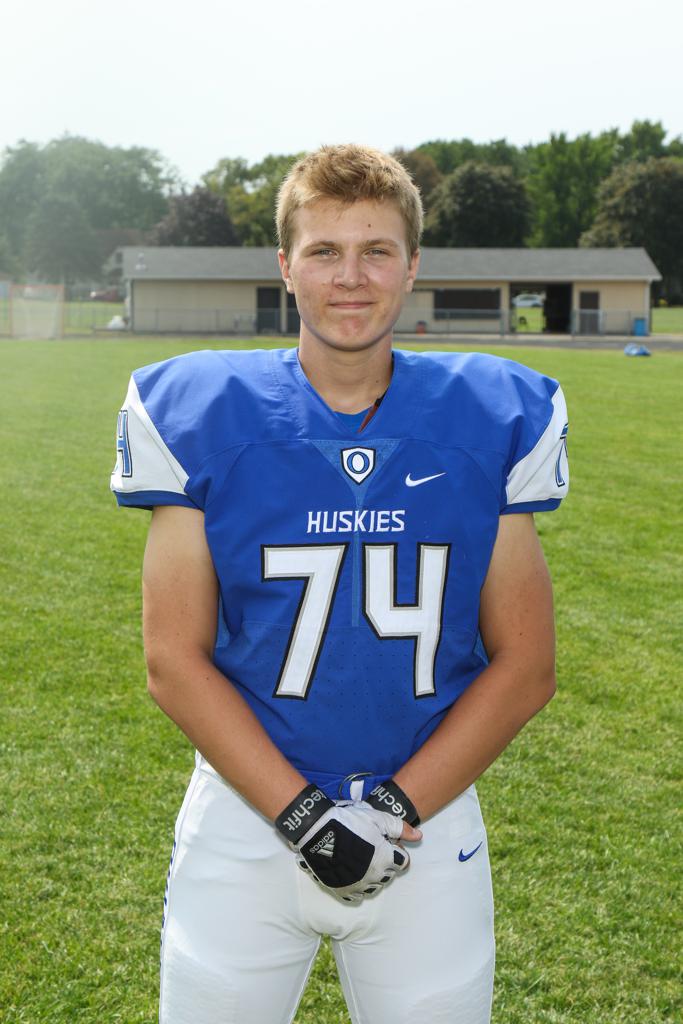