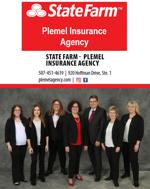 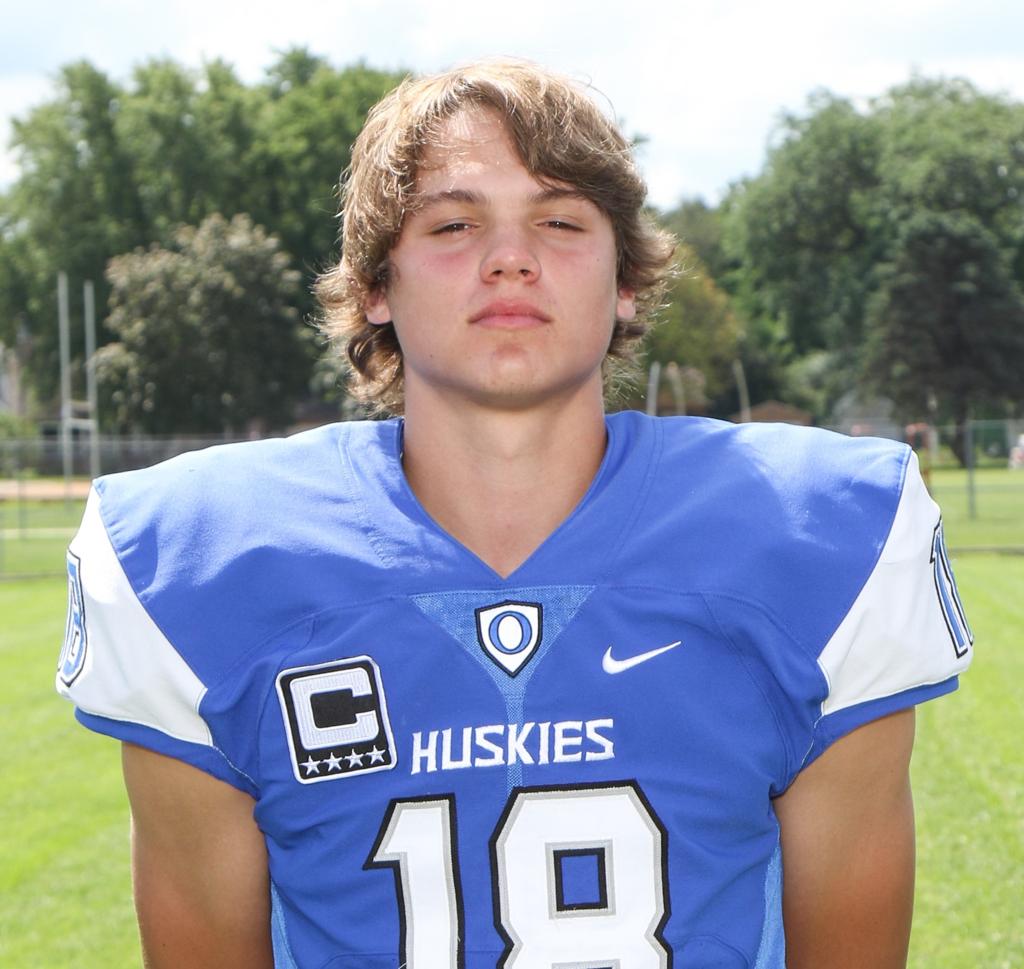 “Well, we were signing up for jerseys and 18 and 14 were the only two left last year. I was going to go with 14, but noticed it was an extra-large, so I switched with Owel Korbel and got 18.”

“We don’t wear that often, but I like the black (jerseys) with the blue bottoms.”

Q: Do you have any family connection to the OHS football program or any other family that played the sport in high school?

“My dad played for Medford back in the day and then my uncle played for Owatonna in the 90s. My dad’s name is Shannon Vick and my uncle in Justin Johnson.”

“I have played basketball my whole life and then I played baseball all the way through last year. Last spring was the first time I didn’t play baseball. I probably will play a spring sport this year, though. I am still deciding between baseball, or even golf.”

Q: Memorable phase frequently used by one of your football coaches:

“Probably (Marc) Achterkirch: ‘Don’t keep secrets.’ All the defensive coaches pretty much say that, actually, and it’s all about communicating.”

INTERVIEW: Getting to Know COLLIN VICK

Q: I don’t want to say you came out of nowhere last year, but you are one of those guys that went from being a sophomore and not even dressing all season, to becoming an all-district performer in your first year on varsity. In your mind, how did that happen? Did you ever surprise yourself with how well you played last year?

“Through freshman and sophomore year, I always just played mostly offense and was in the second-string defense, even through my grade level. And then last year during the Nebraska trip for seven-on-seven, I got in and played pretty well (on defense) and coach Clauson came up to me and said, ‘hey, there might be a spot for you on defense if you keep playing this well.’ That motivated me and I came into team camp and two-a-days last year looking to take that spot. And I guess I did surprise myself a little bit only because I had never played defense full-time as a starter before, not even when it was just my grade level. I just came in motivated and worked for the spot and earned it.”

Q: Within Owatonna’s defensive system, its success is due in large part to its simplicity, though it’s never that easy. But, basically, it’s about athletes lining up against athletes in man-to-man coverage. One guy against the guy across from them. What is it like playing defensive back in this system?

“It’s one-on-one every play. You have to give your best every play. You can’t take a single play off. Because if you take one play off and you’re out of position, they will go right past you and there usually isn’t anyone there to bail you out. But it is pretty easy on the mind in how you line up. I mean, there are some shifts that will require you think about things, but it’s pretty easy in that you line up across from one person and it’s you against them. You have to win.”

Q: Helping out in the run is something that you took pride in last season. Was that something the coaches had to talk to you about doing, or did you naturally embrace that physicality? Because not all defensive backs can do that.

“It was more just being a part of the scheme and sticking my nose down in there. When the ball was in the area, do get it. In the beginning of the season (as a junior), I was a little timid, because I hadn’t played varsity football before and I didn’t know what to expect. As the year went along, I got a lot more comfortable and had a lot more tackles in the second half of the year than I did at the beginning.”

Q: You and Owen Beyer are different grade levels, but were thrown into the mix as first-year starters last year. Talk about your development and what it’s like to have someone at the same position that’s going through the exact same thing as you. Do you feel like it’s made you guys better as a unit?